In the spirit of Olympic competition, the SOJT Farm Cup competition included riders in teams of three going against the clock in a Nation’s Cup Format.  Donning colorful matching shirts each of the four teams of three rode the same 1.20-1.25m jumper course, with the ability to drop the high score.

Dianna Babington and Victoria Birdsall each delivered clear rounds and as anchor rider for his team, Kevin Babington demonstrated his cool demeanor under pressure and delivered another clear round to ensure that the Fighting Irish won without a jump off. 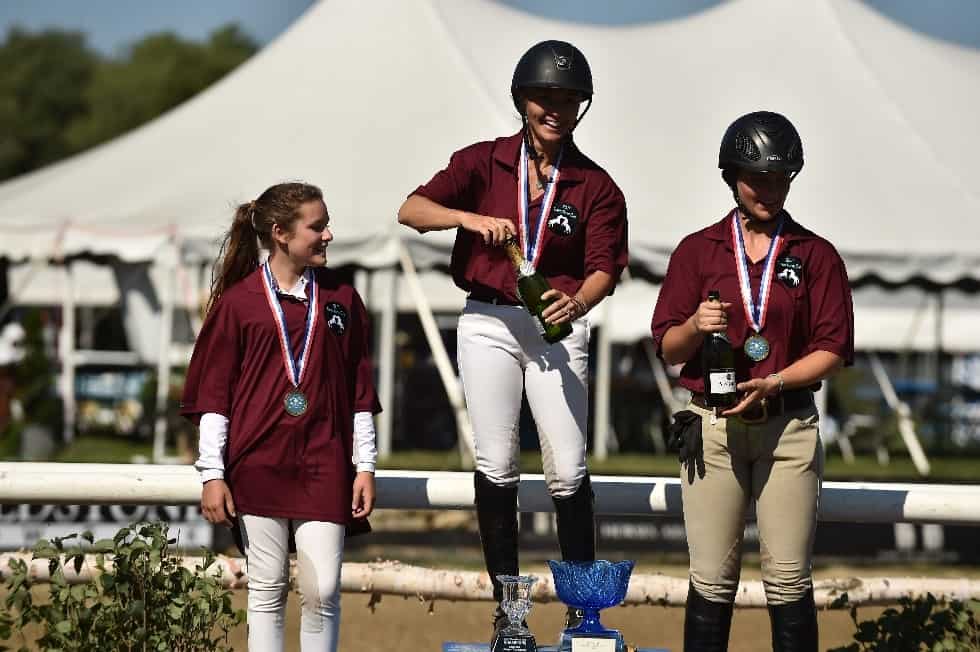 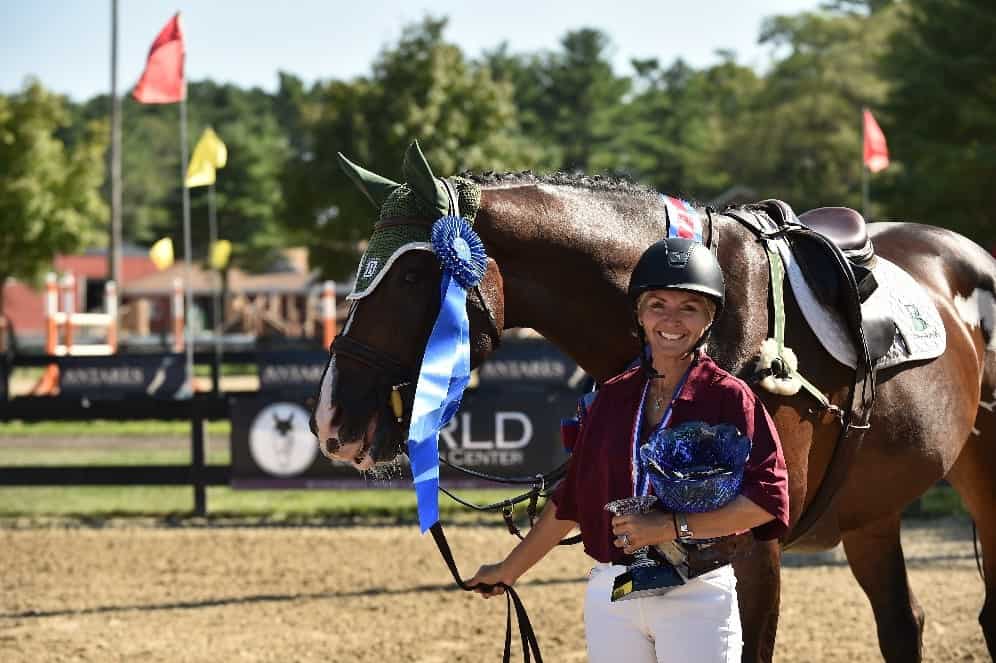 A radiant Dianna Babington with her winning team mount, Dublin 4. 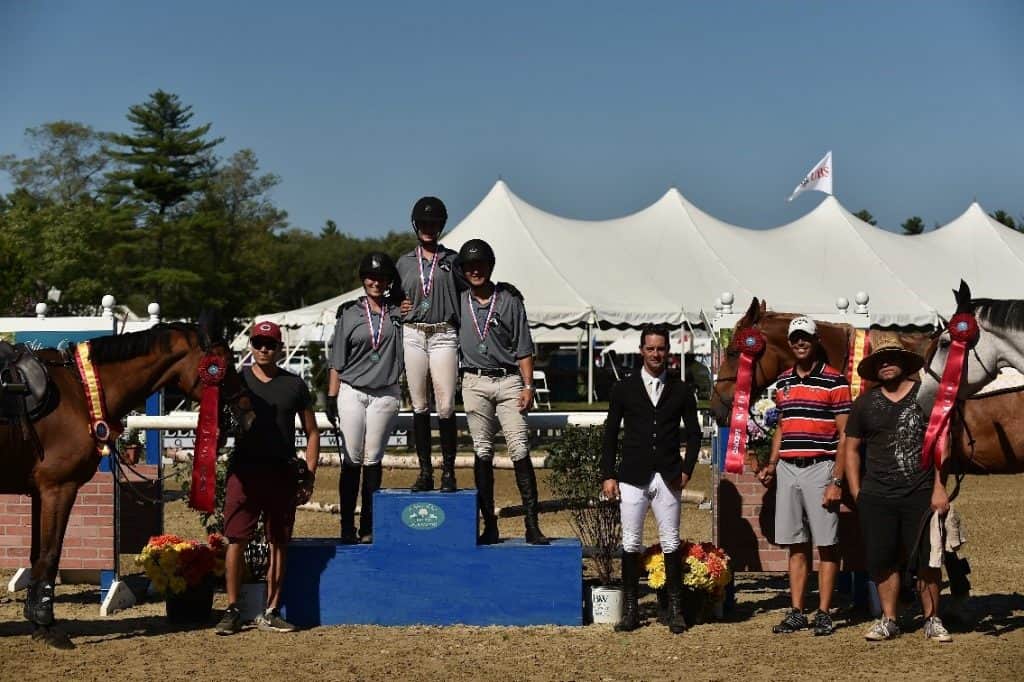 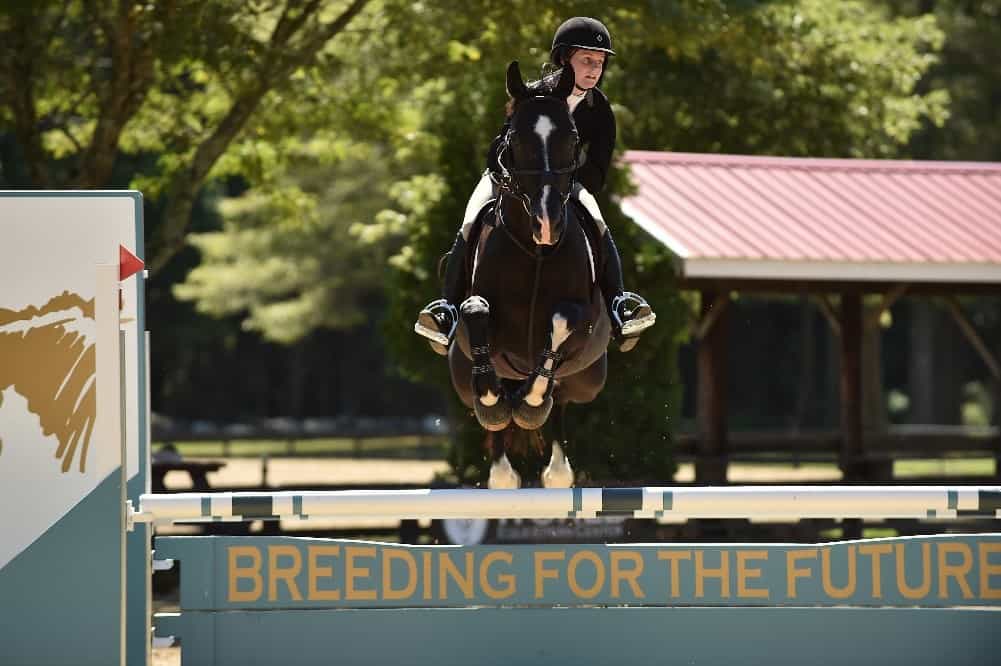 Saturday On the Grass

Ten horse and rider combinations took to the grass in the Masters 1.05m class sponsored by Commercial Painting.  This provided a nice opportunity for many of these horses to experience on competing in the beautiful Unicorn Landing Grand Prix ring over courses designed by Ireland’s Alan Wade. 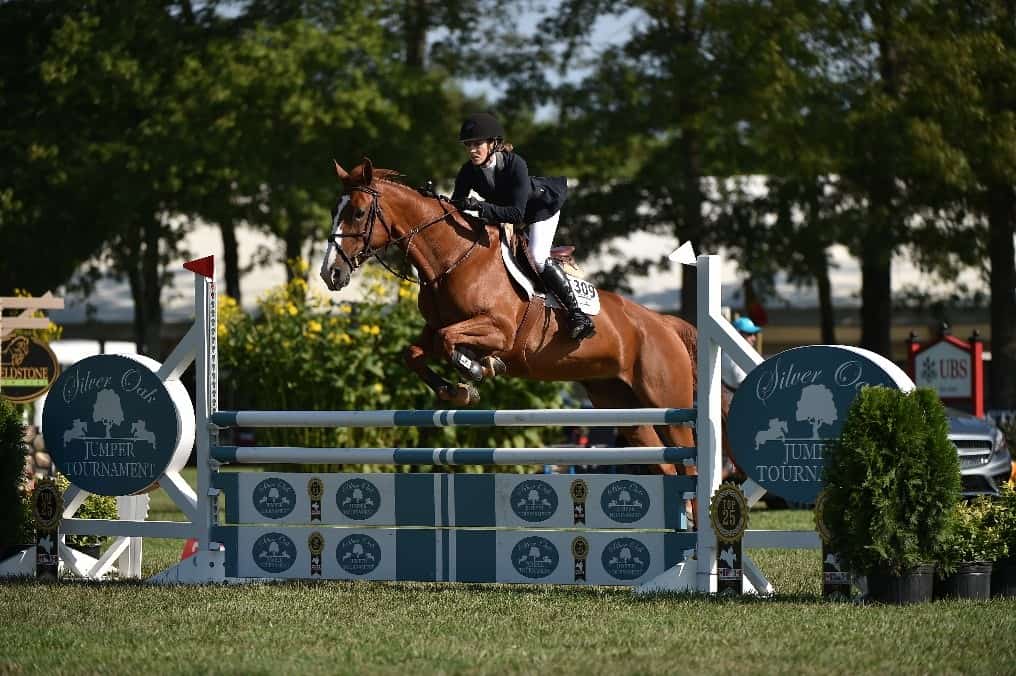 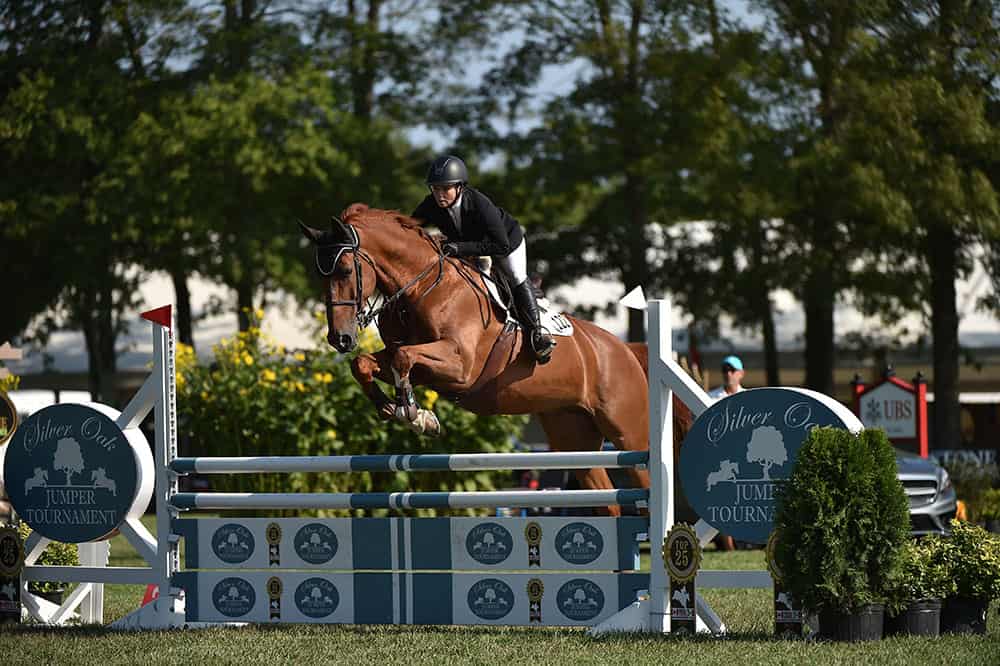 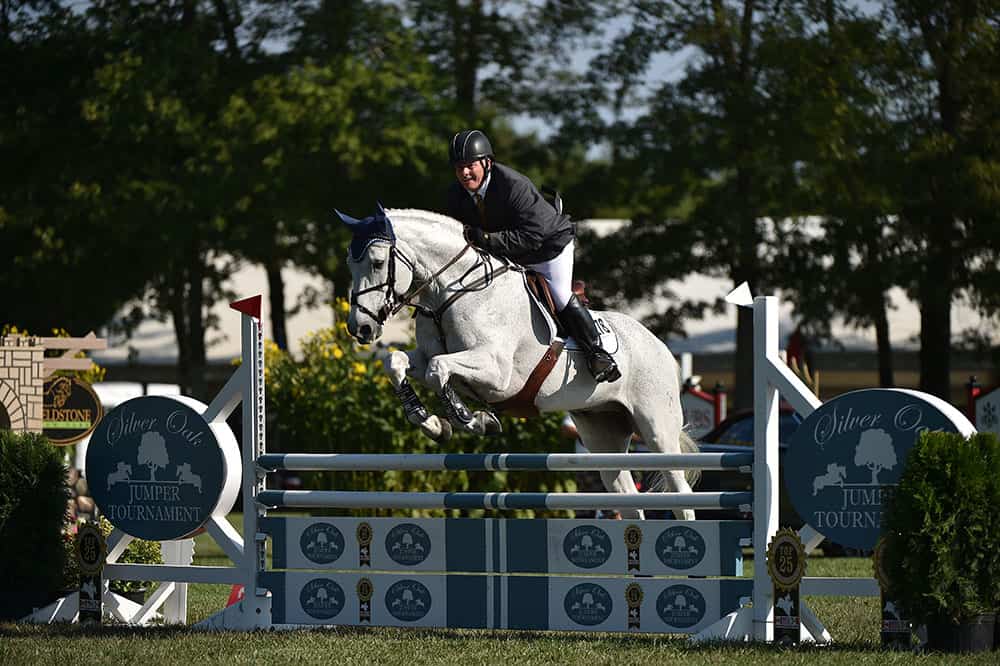 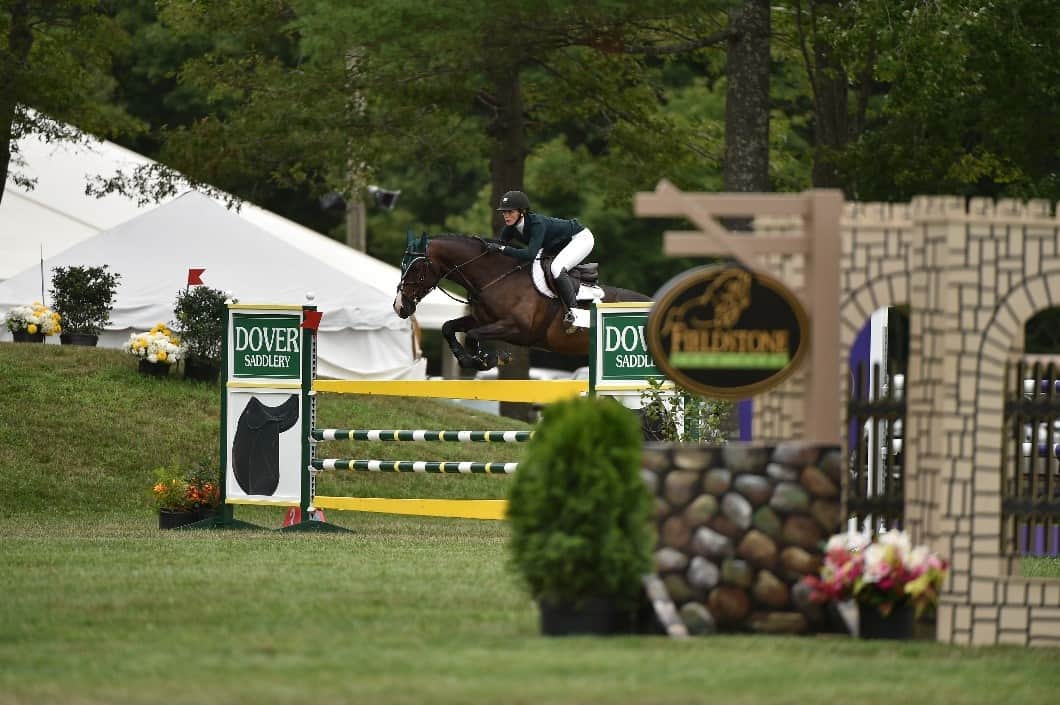 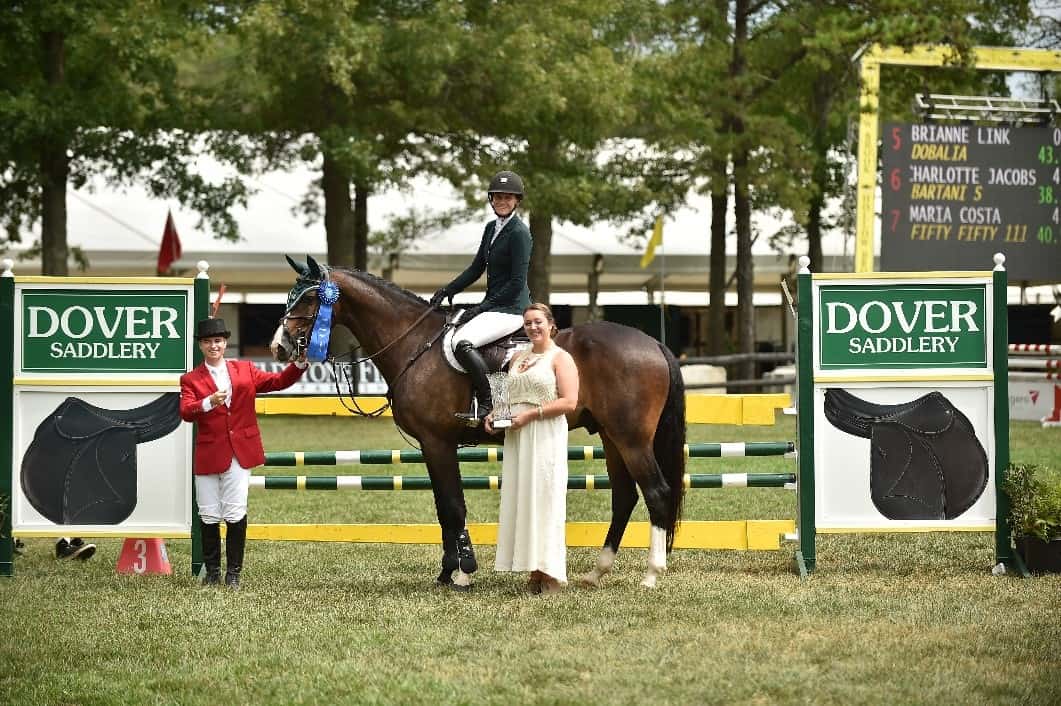 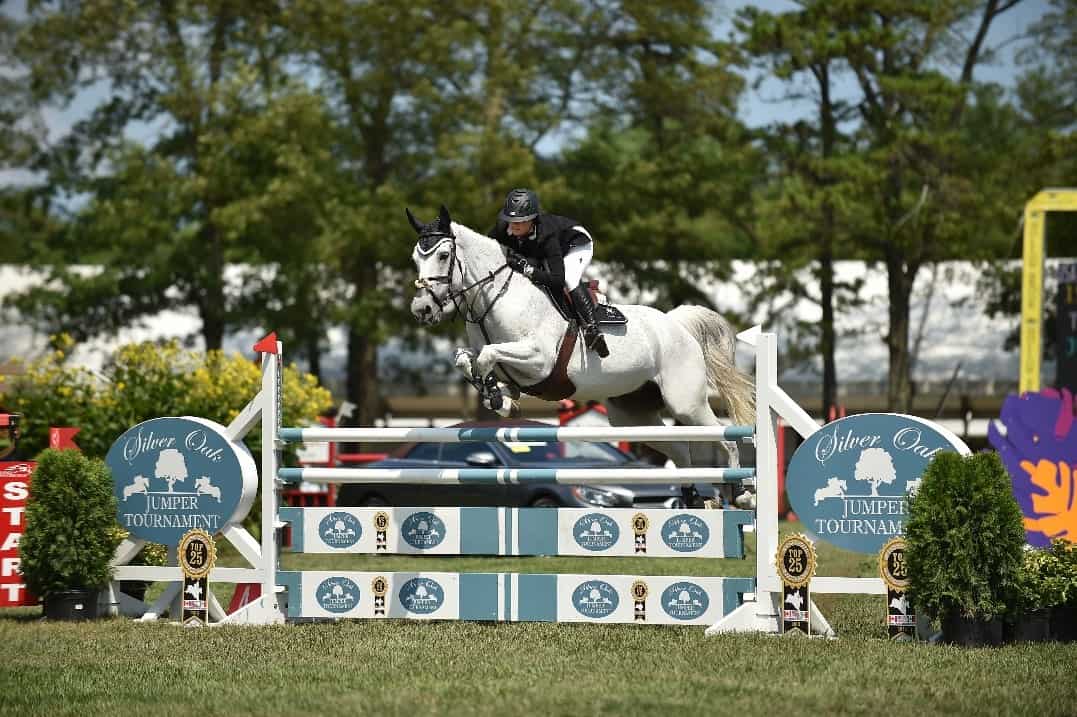 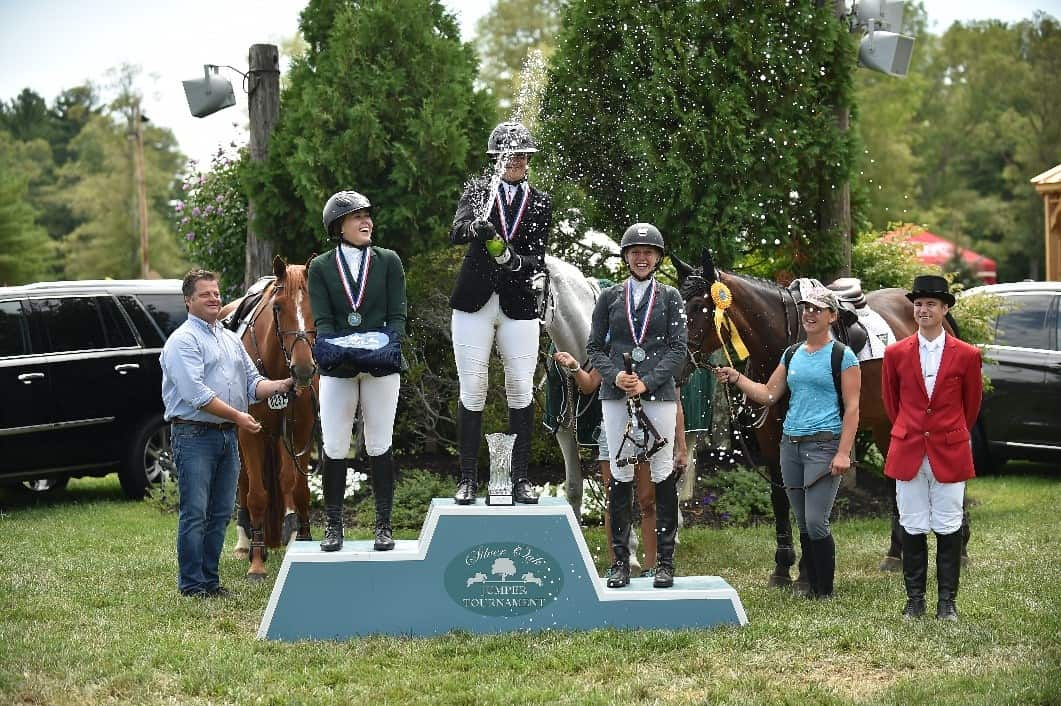 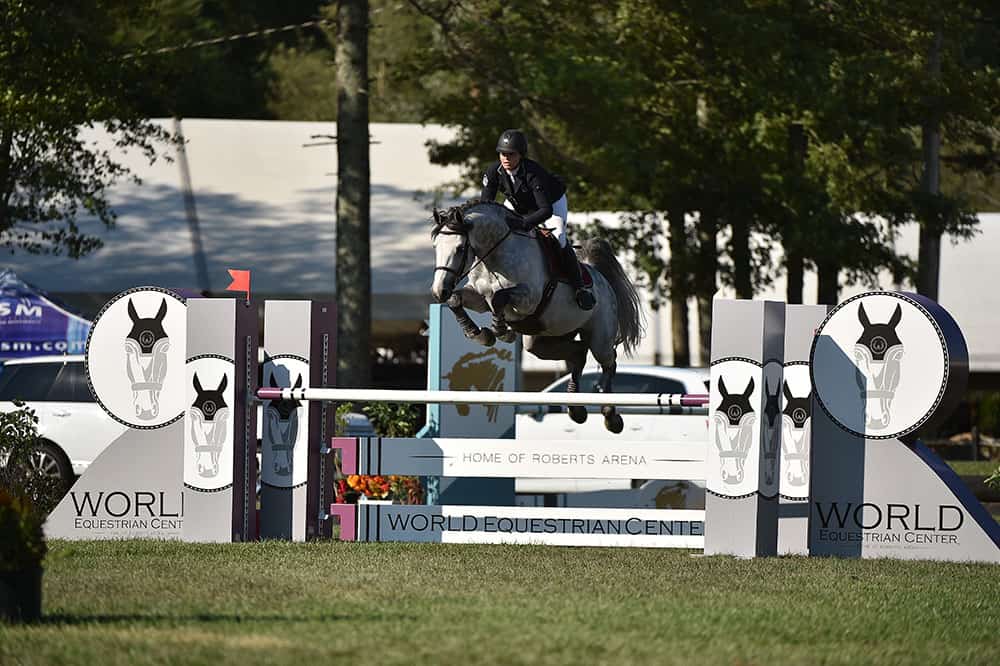 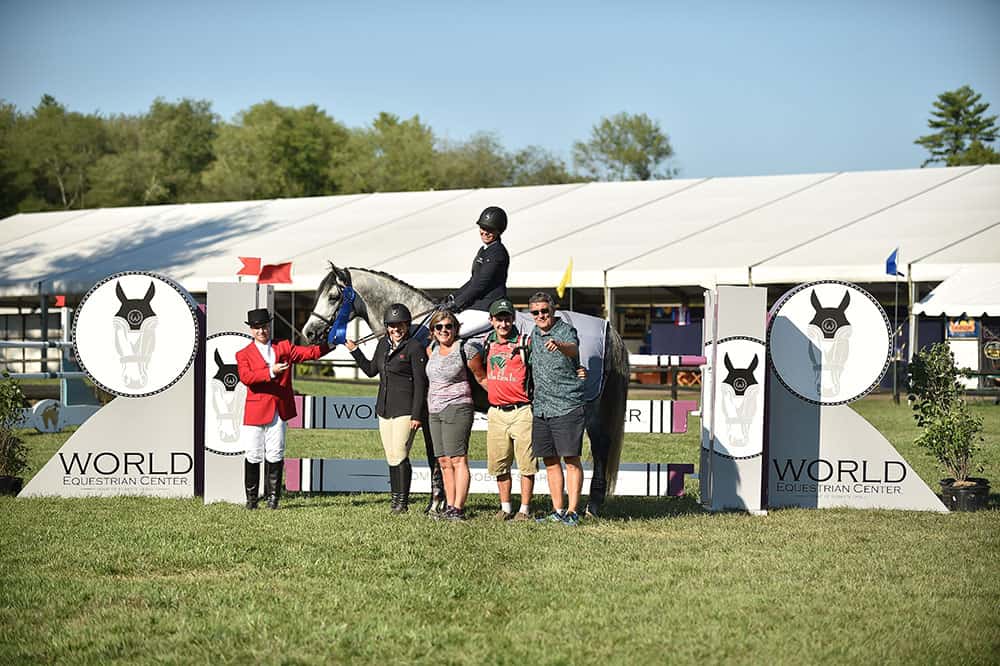 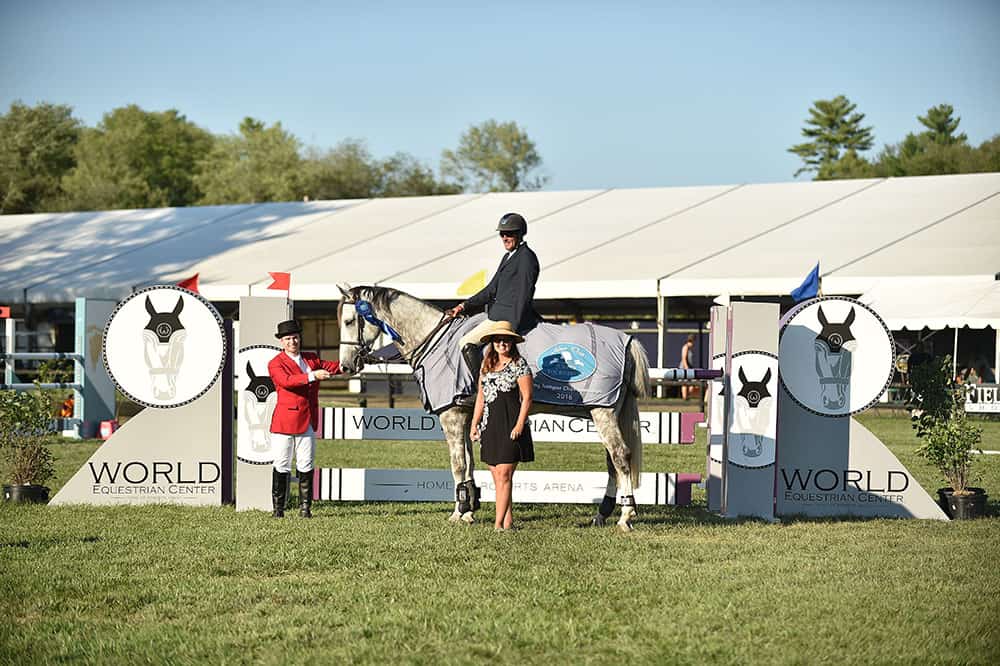 Eddie Blue Topped the $5,000 7 Year Olds YJC Qualifier Sponsored by the World Equestrian Center with Paul O’Shea in the Irons