Clear skies and sunshine greeted the 500+ exhibitors who gathered to experience the top-rated jumper only show at the expansive Fieldstone Show Park in Halifax, MA.  This year’s Silver Oak Jumper Tournament was at sold out status a week ago – a testament to the dedicated staff – who know the value of managing the experience and expectations of top horse and riders who come back each year.

“I love this show, it is one of my favorite stops every year! It is extremely well run and it’s so nice to get out of the sand rings – it’s a great change for both horses and riders.”   “By limiting the number of horses, it allows you time to end early, and is much easier to manage than most shows,” said Nick.  Dello Joio, riding in the Grand Prix field today, won the Open Jumper 1.40m sponsored by Lumber Liquidators on his 11-year-old gray gelding and longtime partner, Contiki.  “I’ve had him since he was seven, he’s a super competitive horse and is naturally a fast horse – I let him do his thing and not put any pressure on him to deliver the win.” 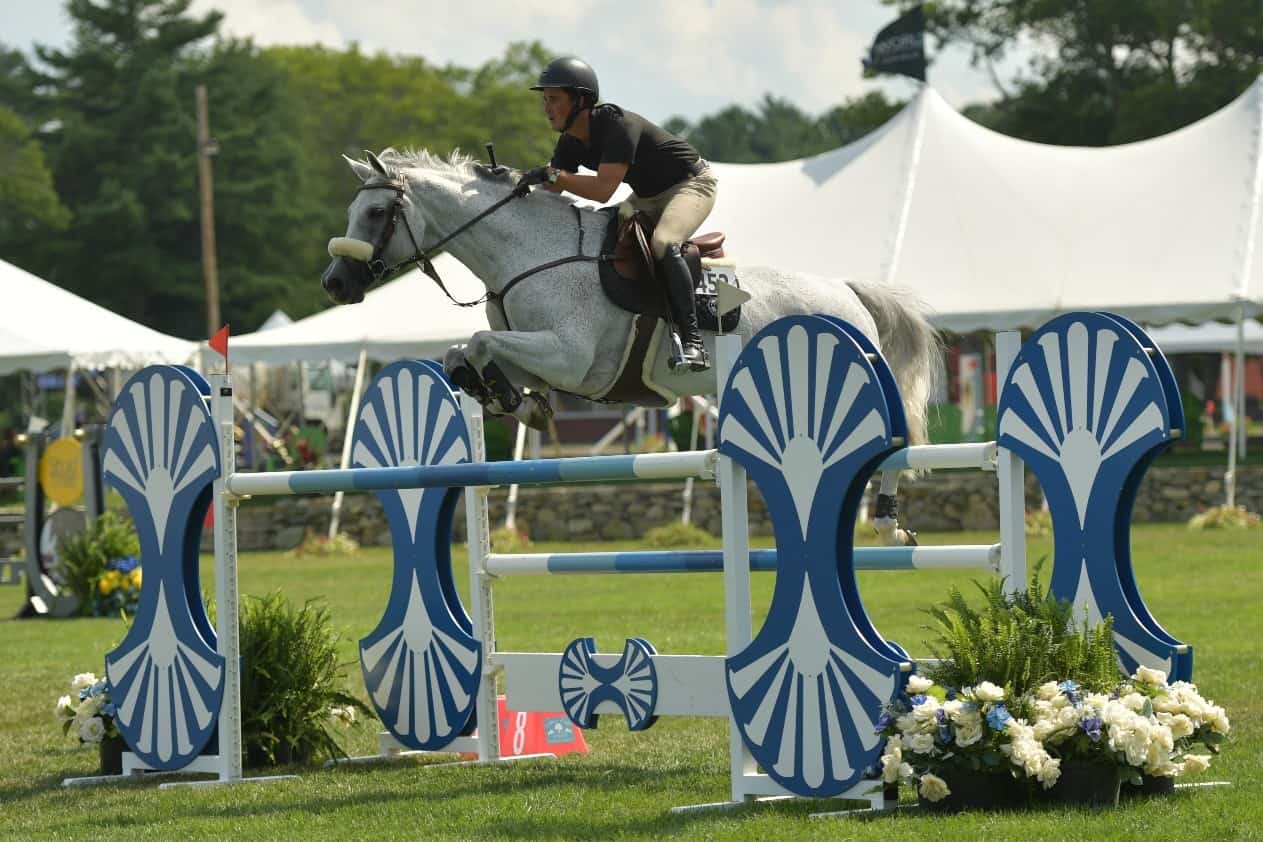 Nick Dello Joio cruising over this blue-and-white oxer onboard his winning mount, Contiki 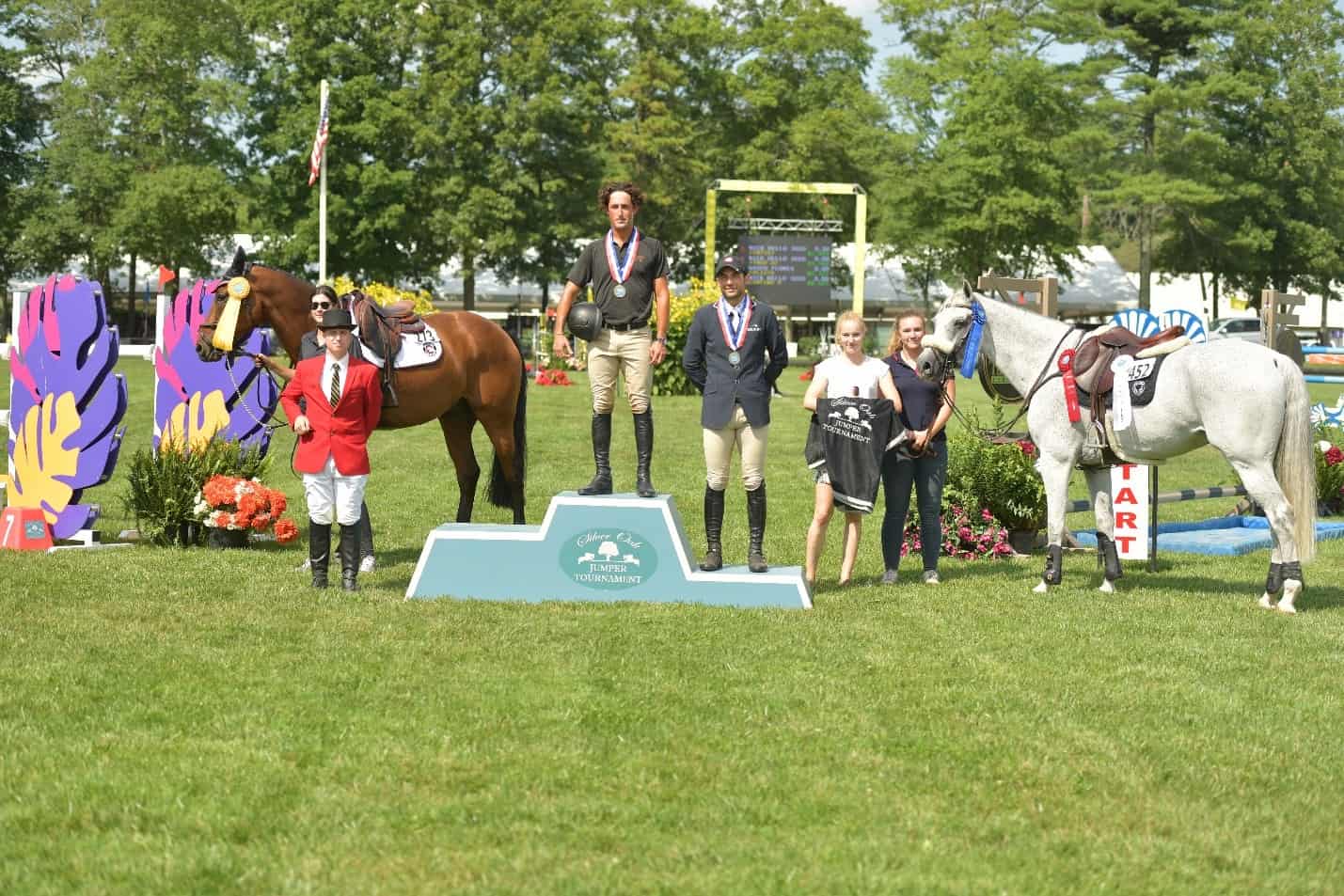 Dello Joio earned first place on Contiki and second place with Virgo DC; Vasco Flores came in third with his mount, Calista. Nick kicked off his winning streak by capturing the Open Jumper 1.30m with his horse, Armaged’ick. This class was sponsored by Hubbard Horses.

Silver Oak is hosting a special Silent Auction to support the Omega Horse Rescue – Bidding is now open in the Rider’s Lounge until this Friday at 7:00pm when the highest bidders will be awarded a show jumping collectable.

To give you a sense of how special these coolers are, here is some background:

The first cooler was awarded to McLain Ward on his famous mount, Sapphire for winning the $200,000 Budweiser American Invitational in April 2008 in Tampa, FL.  This event no longer takes place and the distinct red, green and yellow colors emblazon with the Budweiser logo make this a collector’s item.

The second cooler is from the 2010 Hampton Classic Horse Show’s $250,000 FTI Grand Prix and FEI World Cup Qualifier when McLain Ward, repeated history onboard Sapphire, his two-time Olympic Team Gold-medal horse to become only the third horse/rider combination to win back-to-back FTI Grand Prix competitions. Both coolers were made by Triple Crown. 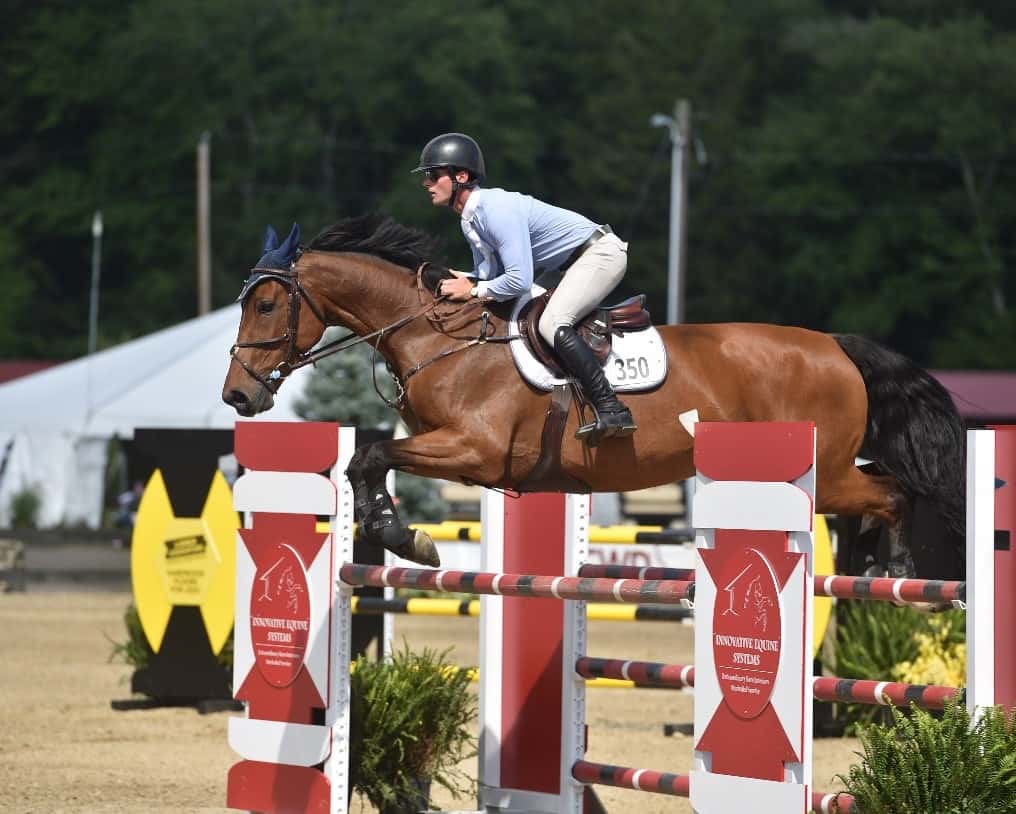 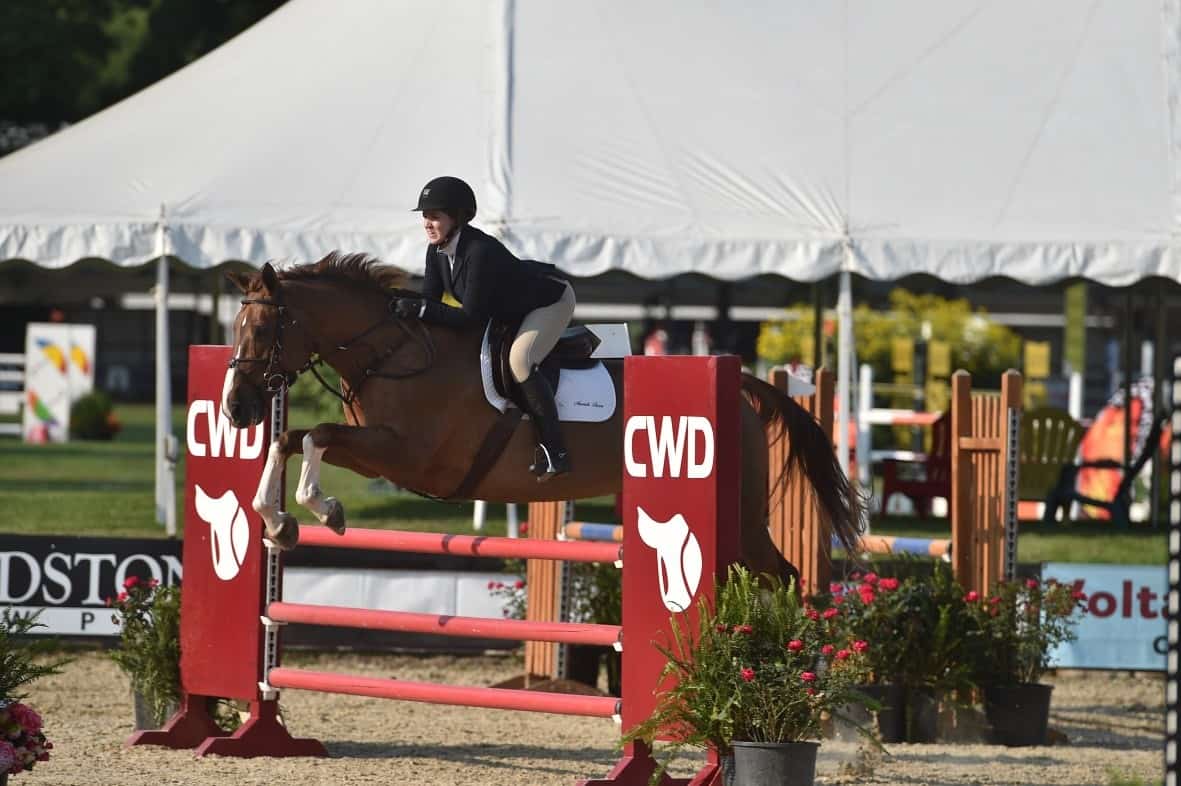 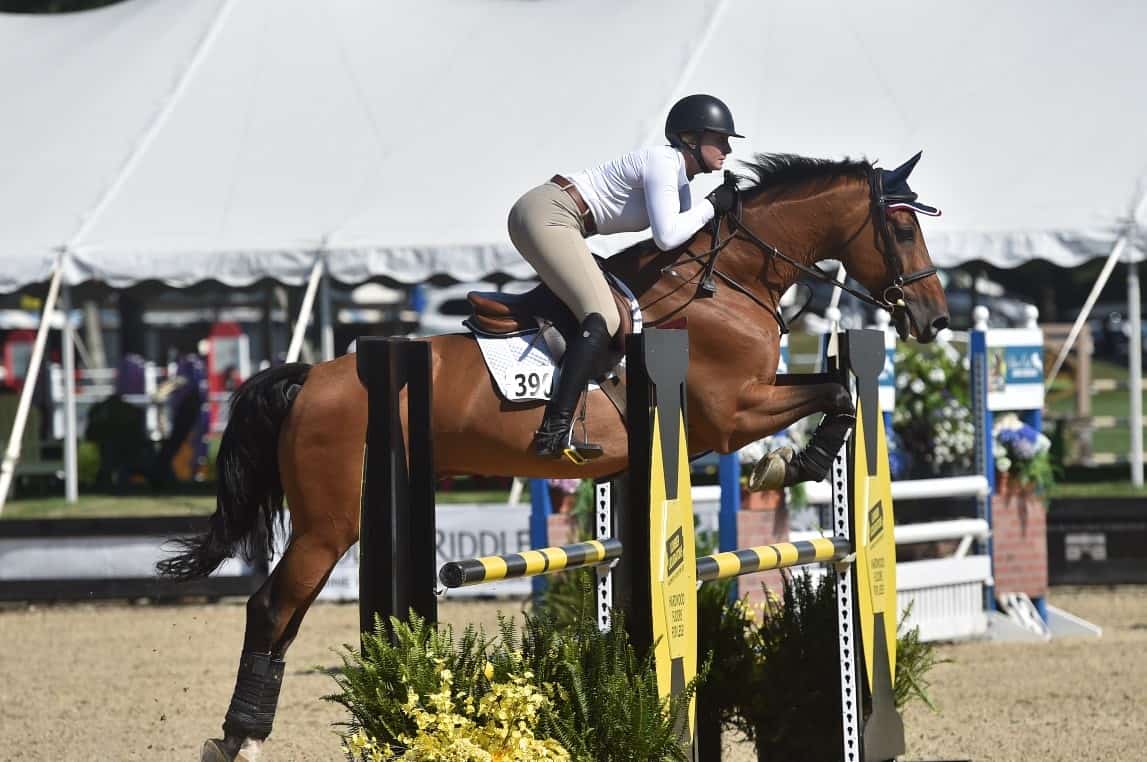 All photos are by the official show photographer: Andrew Ryback Photography and are available for purchase in his trailer on the show grounds.