The gorgeous summer weather continued for day two of the Silver Oak Jumper Tournament at the Fieldstone Show Park in Halifax, MA. The event featured a full day of classes with the featured Grand Prix ring holding three classes that challenged horse and rider combinations on the quest for a top spot on the coveted podium.

It was a picture perfect afternoon, as a light breeze rippled the flags around the Fieldstone Show Park Grand Prix field and thirty five horse and rider combinations contested the Olaf Peterson designed track in the Shires Equestrian $10,000 Welcome Stake. Nearly half of the field produced clear rounds, with seventeen returning for the jump off.

As the afternoon wore on, only three riders went double clear and were rewarded with the top spots on the Silver Oak podium. Third to go, Molly Ashe Cawley delivered the first clear round of the jump off with a 42.576 on the Louisburg Farm entry, Pjotter Van De Zonnehoeve. Eighth to go in the order, Kevin Babington and Mark Q produced tidy turns from fence 2 to 3 and again between 4 and 5 – shaving seconds off Molly’s time and stopping the clock at 40.327. The third and final clear round of the day, was produced by Amber Harte and Cafino, who could not quite catch Babington and Mark Q, but cruised into second place with a time of 41.827.

The jump off featured a right turn to a blue and white vertical, the second to last fence in the course, which brought several pairs to grief and contributed to more than a few of the unfortunate four fault rounds. However Babington and Mark Q made easy work of the turn, which certainly contributed to their victory.

“The right turn is a little harder for him so I’ve been working on that a lot,” said Kevin. “When I walked it for the first round I thought, OK that’s going to ride two holes bigger than it is – even with a little room to get back to it going away from the gate, I think it was definitely the biggest jump on the course today. So I thought – OK here’s a good test – and he really sat down before the turn, even before I asked him to spin back, so I was really happy with that.”

Babington continued “I was tidier than I wanted to be between two and three – my plan was that I wanted to do eight strides to the triple bar – and I ended up catching the third jump at such a right to left angle that I knew wasn’t going to get the eight – so I think I probably saved a stride and lost a stride – but overall it worked out well.”

Babington, a Silver Oak veteran who has never missed a year of the horse show and has twice won the Grand Prix here, was complimentary of the courses. He noted that Peterson has been “building to spec” all week and creating tracks with “nice flow and several options, with no real major tricks out there.” 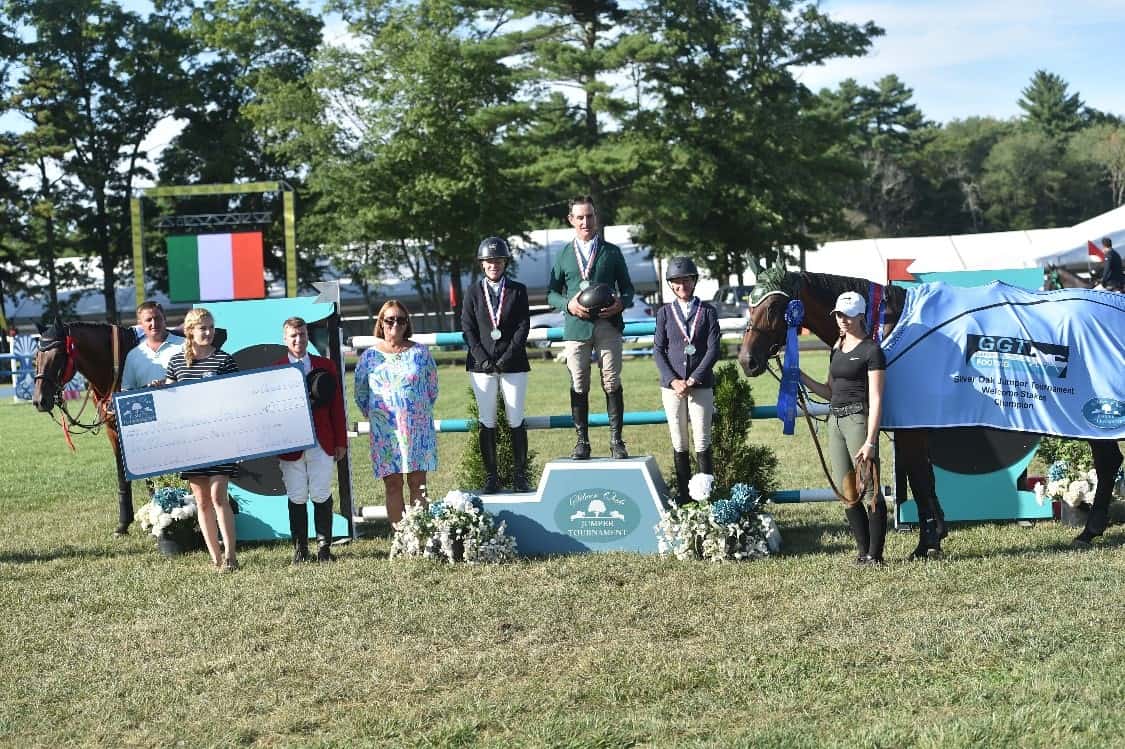 Podium smiles for the finalists in the $10,000 Shires Equestrian Welcome Stake 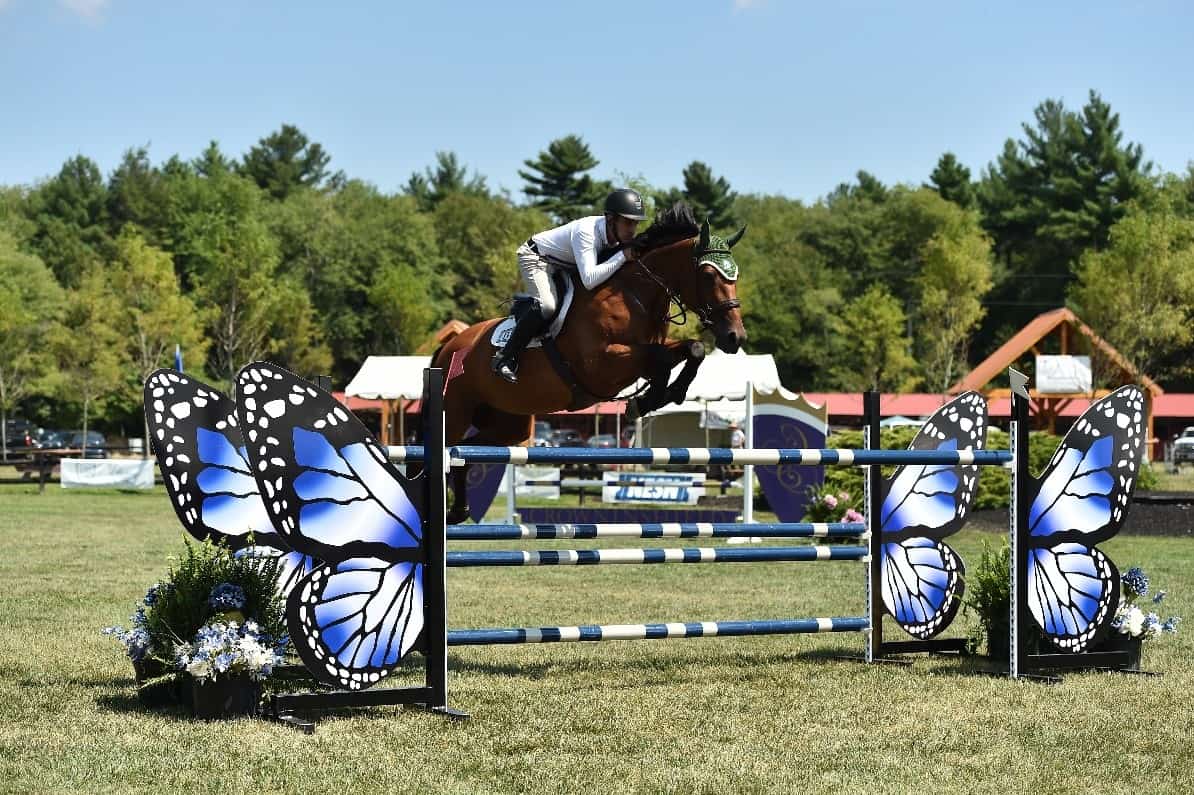 Kevin Babington and Call Me Ruth fly to the finish in the $2,500 Open Jumper 1.40m sponsored by Lumber Liquidators 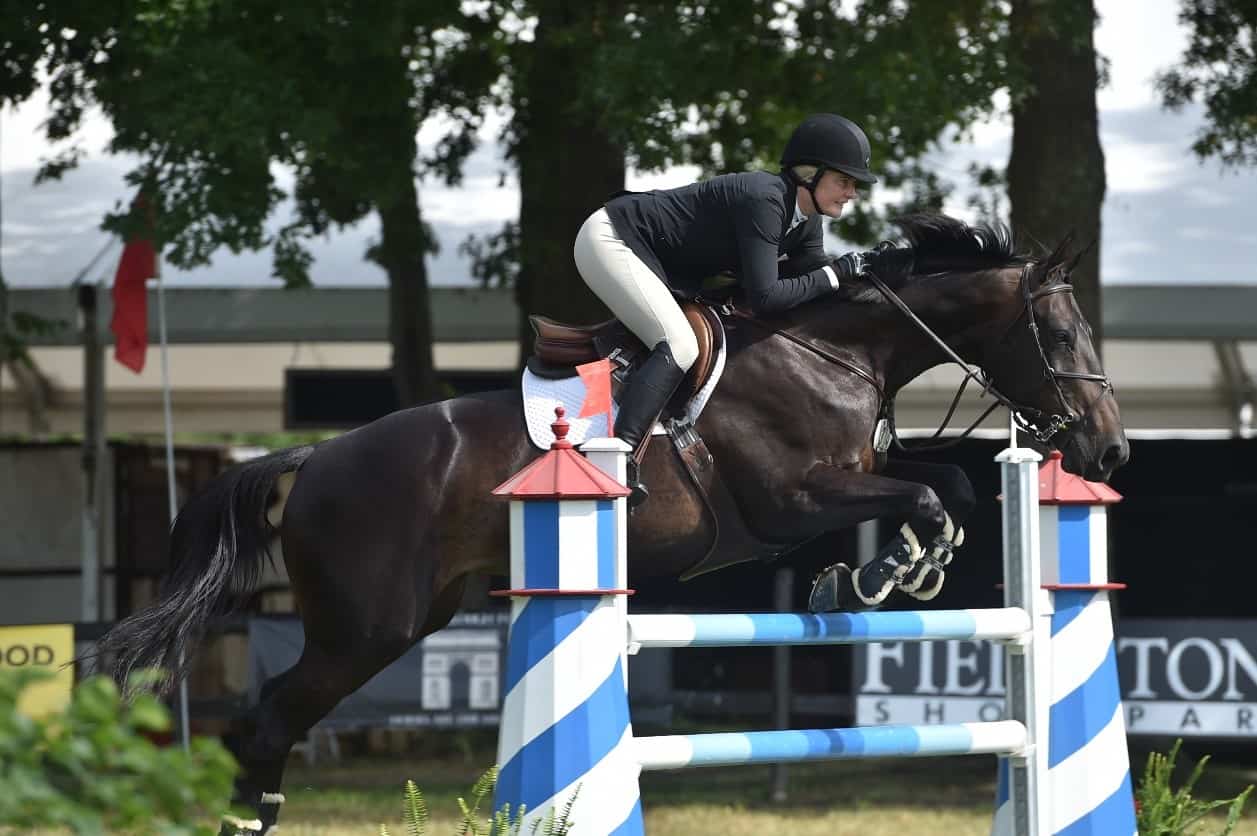 Melissa Rudershausen riding Alicante Manciaise for the blue in the $2,500 Open Jumper 1.30m

Melissa Rudershausen claimed victory in the $2,500 Open Jumper 1.30m class on her winning mare, Alicante Manciaise.   The class attracted a field of 50 competitors and was sponsored by Hubbard Horses. Rudershausen, who is riding at Silver Oak for the first time, found the course to be tough, but her 7-year-old mare, is a speed demon and she felt this class would be a perfect fit. “I absolutely love riding on the field, and I was lucky enough to have a nice, fast clean round for the win.” Rudershausen posted the winning time at 63.311 over second place Devin Ryan on his horse Corona with a time of 63.937. The time allowed was 80 seconds. 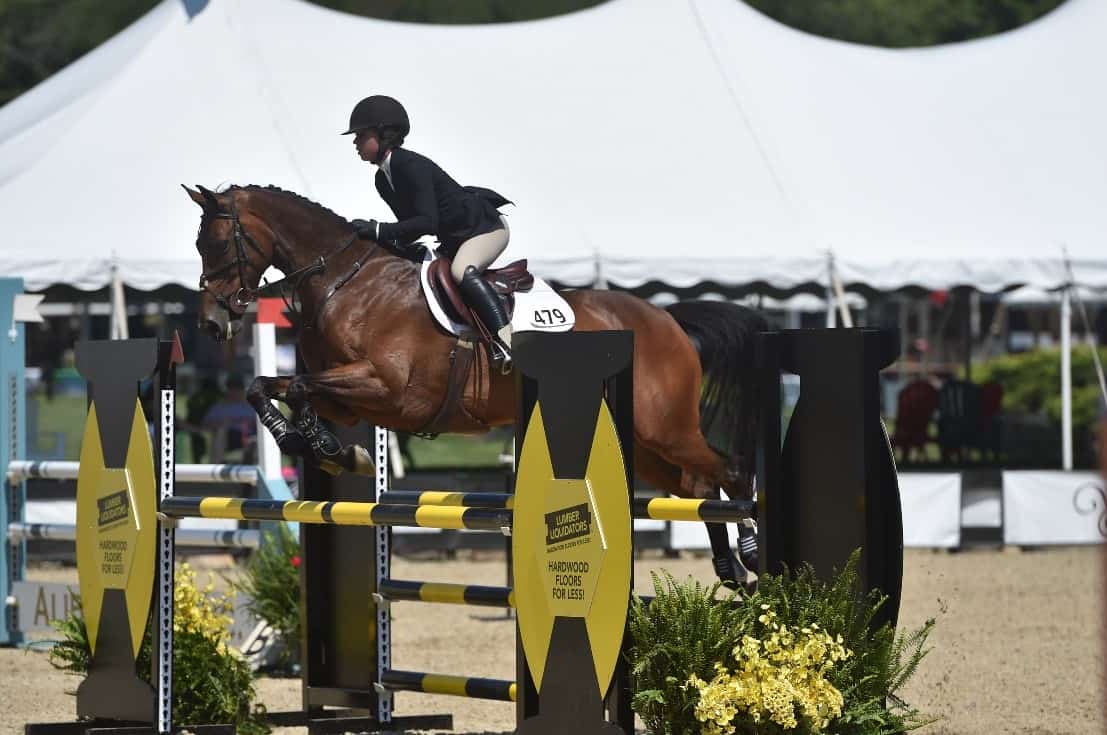 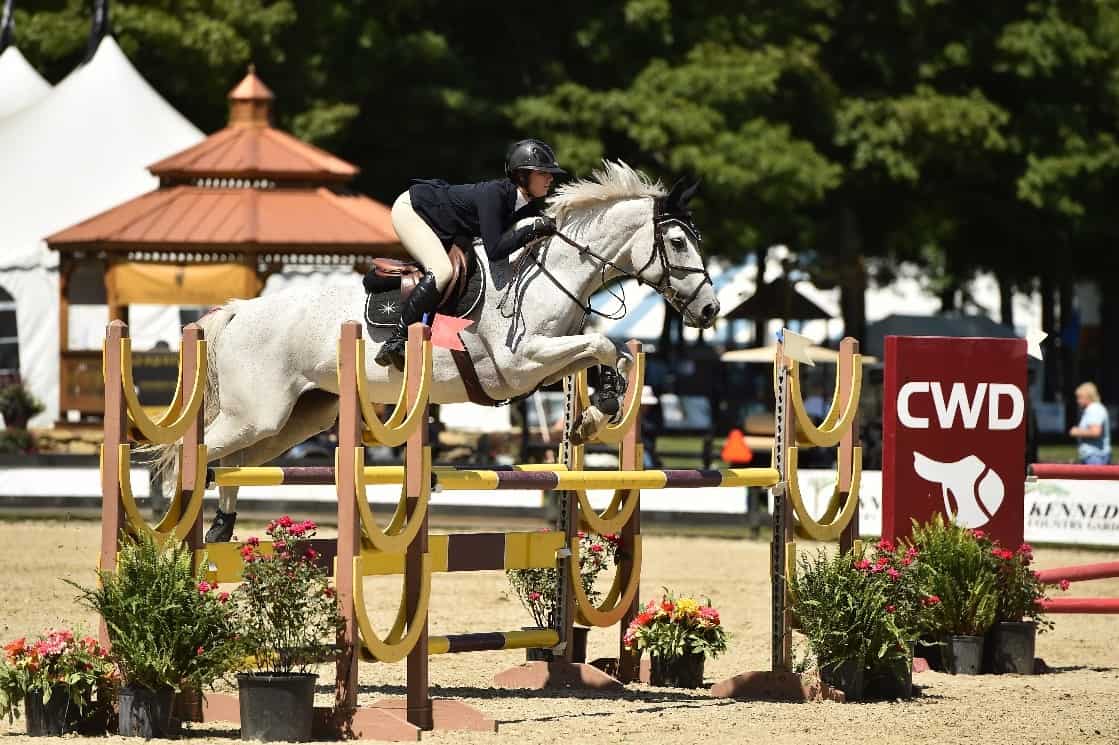 The winner of the High Children’s Jumper 1.10m was Elle Haymond on her mount, Perugina

All photos are by the official show photographer: Andrew Ryback Photography and are available for purchase in his trailer on the show grounds.