Day four here at the Flintfields Horse Park for the Silver Oak Jumper Tournament and though the day started off a little cool, by the afternoon the sun warmed the venue right up and it was spectacular. It was a stroke of serendipity because today Silver Oak hosted a very special event, the Babington Benefit Classic.

In support of the incredible legend Kevin Babington, and his journey to recovery, the entire winner’s purse of this class will be donated to the Babington’s Family Trust, going on to help in Kevin recover. To say this was a highly anticipated event is a serious understatement, and when it was finally time to see the culmination of so much planning and coordinated effort it was a genuine sight to behold. The entire crowd of socially distanced fellow riders were cheering on the edge of their seats the entire class.  Okay the Irish crowd was a bit rowdy but deservedly so.

Set at a height of 1.25m amateurs and professionals alike rode for Kevin, and finished their course over the stunning wall built just for this event. Of course even wife Dianne, and sixteen year old daughter Gwyneth Babington mounted up for such a special ride and the emotion was almost palpable in the air. After a riveting jump off, fittingly the Irish rider Patrick McNamara, aboard Billy Onslow, took home the blue. Though, the true color and symbol of victory today was Kevin’s green shamrock worn by every rider, (handmade by Sharon Ricci’s daughter Emma), and we are all so grateful to have taken part in this endeavor for someone who has dedicated such an incredible amount of his life to this sport, and to others. 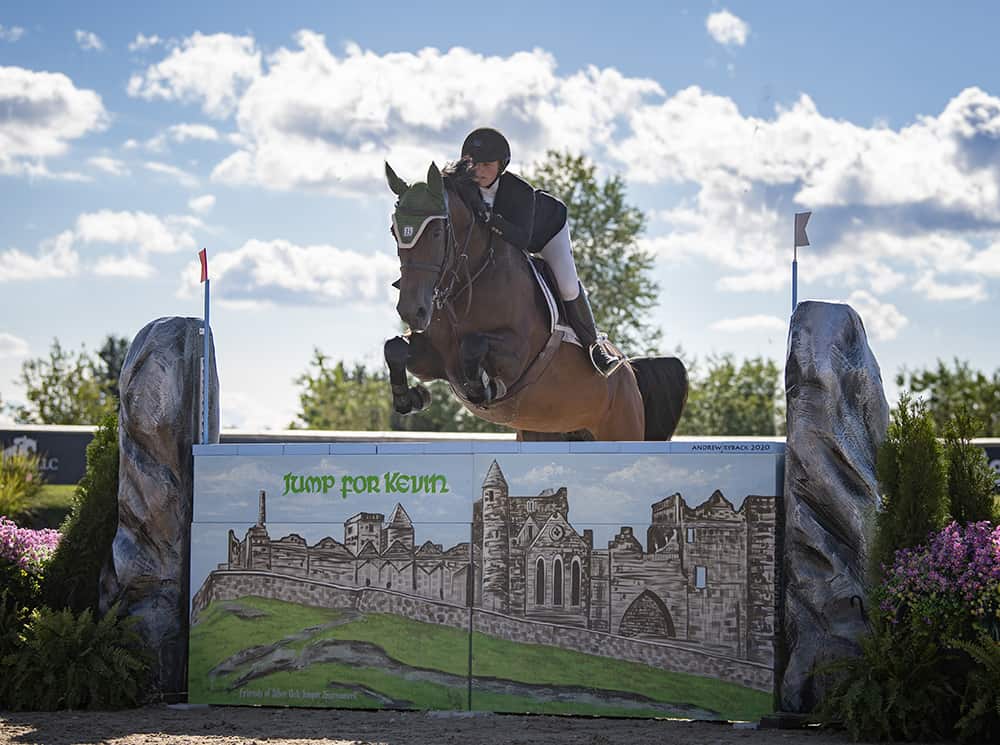 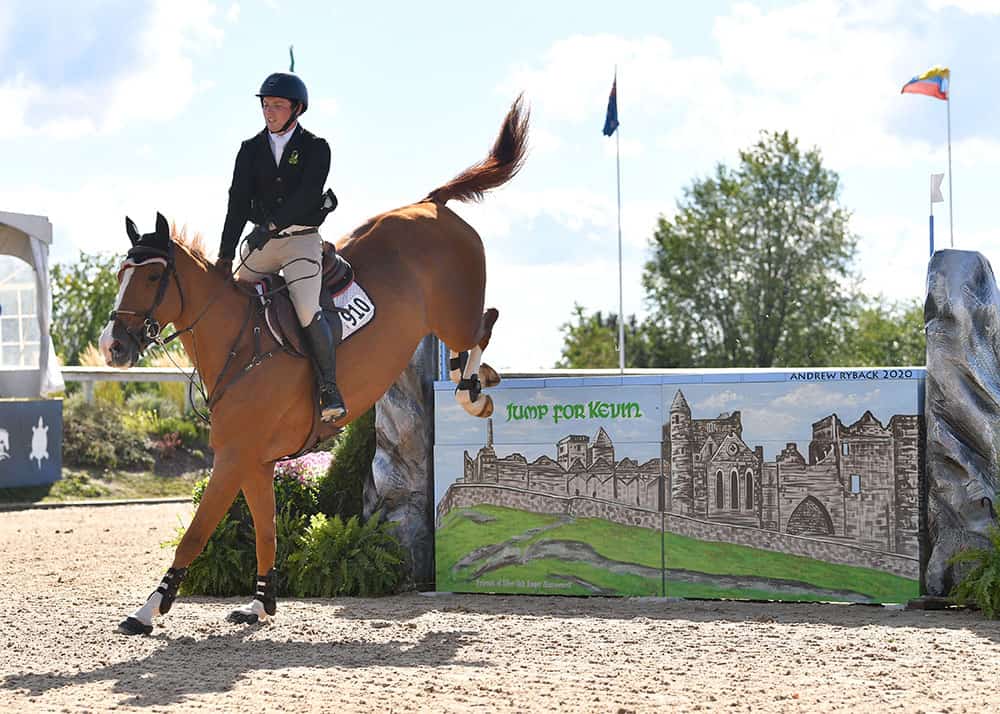 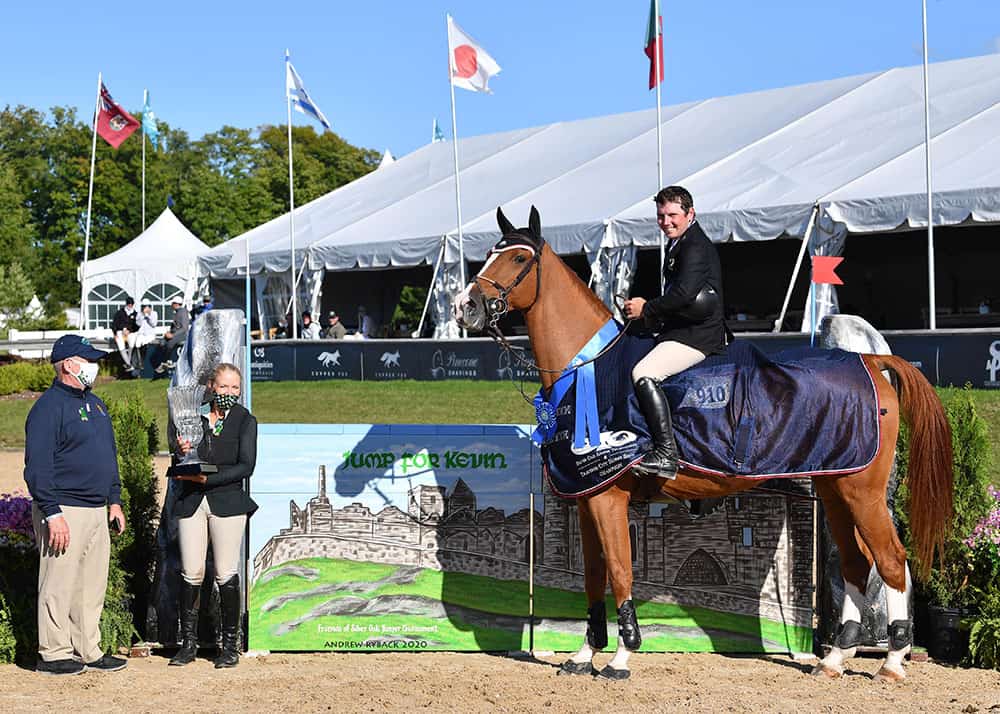