It has been an incredible week for the 2020 Silver Oak Jumper Tournament, at our new home, the stunning venue at the Flintfields Horse Park in Traverse City, Michigan. We have seen some truly impressive show jumping this past week with riders from all over the world and at all levels from amateur to the professional titans of the sport. We had more than 1,400 horses from eighteen nations and dozens of Olympians.  It was the very best our sport has to offer literally– the top of the FEI world ranking board was here.  After Saturday’s incredible Babington Benefit Classic, it is hard to believe we had something just as exciting in store for Sunday. The grand finale of a spectacular week the $75,000 Agero Grand FEI 2* Grand Prix. In typical fashion, we saved the best for last. The jumps were set to a daunting height of 1.50m National Standard over an expertly designed course created by the internationally renowned mastermind Nick Granat.

Sixty-six riders emerging from the 110 in the GGT Welcome Stakes FEI 2* qualifier, tested their luck and skill over the course in the first round.  Only eight riders remained for what turned out to be a thrilling jump off. In the end, it was Kent Farrington on Creedence who flew around the winding course to take home the Championship. Shane Sweetnam representing Ireland had a beautiful round on the grey mare Indra Van de Dude Heihoff but could not quite match the pace of Kent’s hand gallop, so he settled for the second-place spot. And Beezie Madden our three-time Olympic Gold Medalist, galloped into the arena and gave us a textbook round to land herself comfortably in third aboard one of her newer prospects, Chic Hin D Hyrencourt.

A truly star-studded podium finish, and hardly a better way to complete such a week thanks to our partnership with the Morrissey Management Group. Not only did we hold a magnificent horse show in a time of chaos in the world, but we brought people together through horses and this sport of show jumping that inspires us all. Here at the Silver Oak Jumper Tournament, on behalf of Matt and myself, we are simply and utterly grateful for all the collaborative efforts of our sponsors and staff. “This venue which the Morrissey’s have invested so heavily in is simply the most stunning and highest-quality show park in the country, bar none, said Jeff Papows”,  “I can’t imagine, now that the pandemic has forced many on the east coast to sample what Traverse City has to offer, why every farm wouldn’t plan to spend the bulk of their weeks in this incredible location.”  Speaking for Silver Oak, we are already looking forward to being in lovely Traverse City, Michigan again next year!”

Our heartfelt thanks to every sponsor most notably Agero Corporation and The Davis McCullough Foundation, along with SmartPak, GGT footing, JR Hudson Horse Transport and dozens more. There are too many to list here.  We also want to make note of the courage of Dianna and Gwyneth Babington for participating on the anniversary of Kevin’s fall and riding like champions to his and their credit, and for Kevin for his digital participation.  It felt like he was with us all week.  The Babington family continues to inspire all of us! 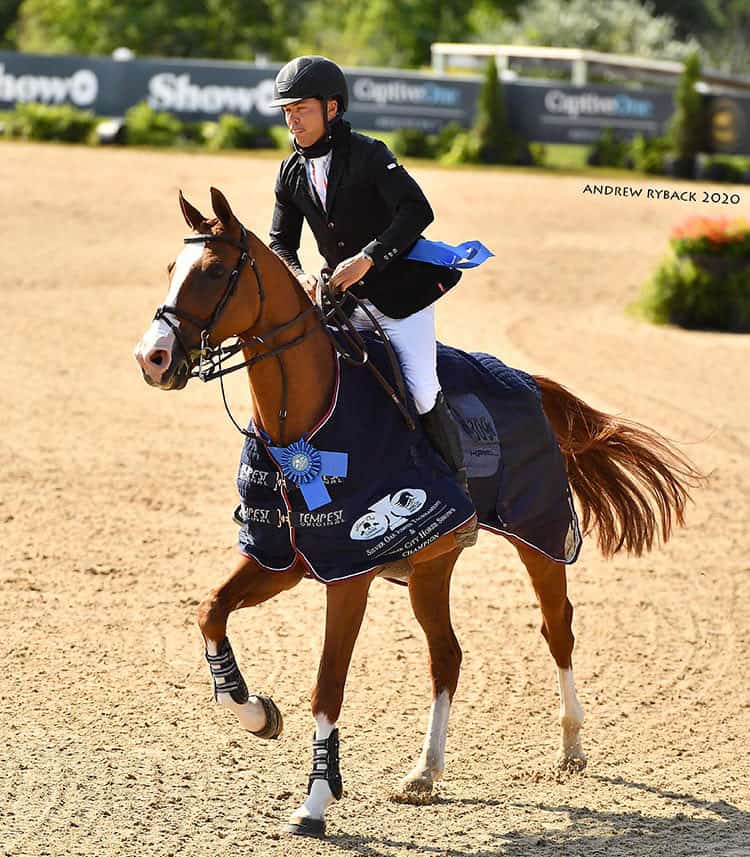 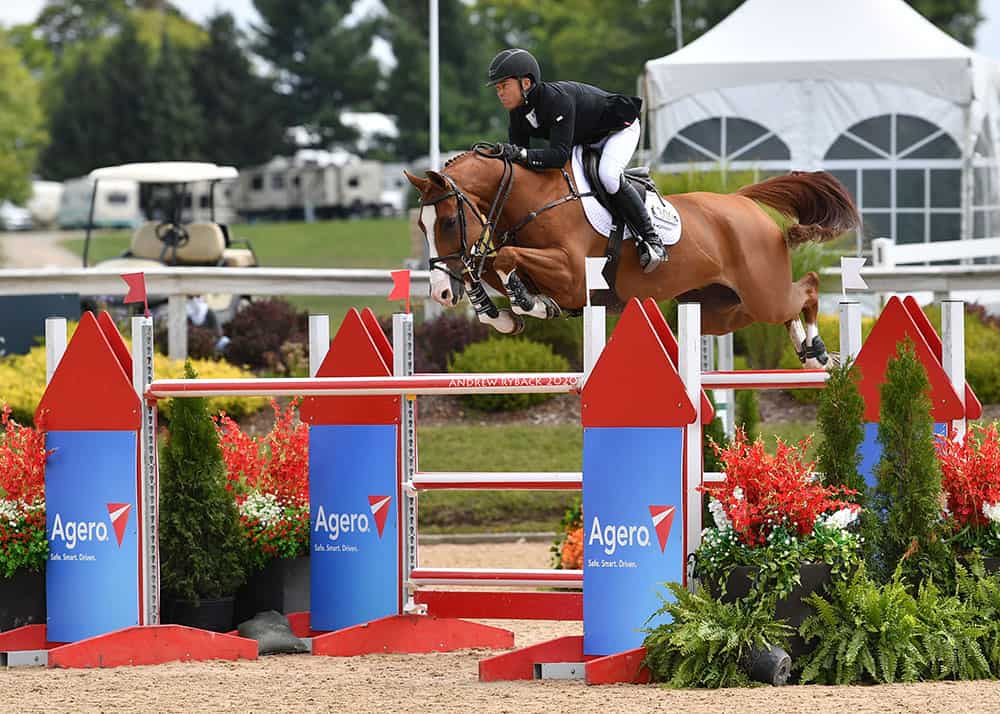 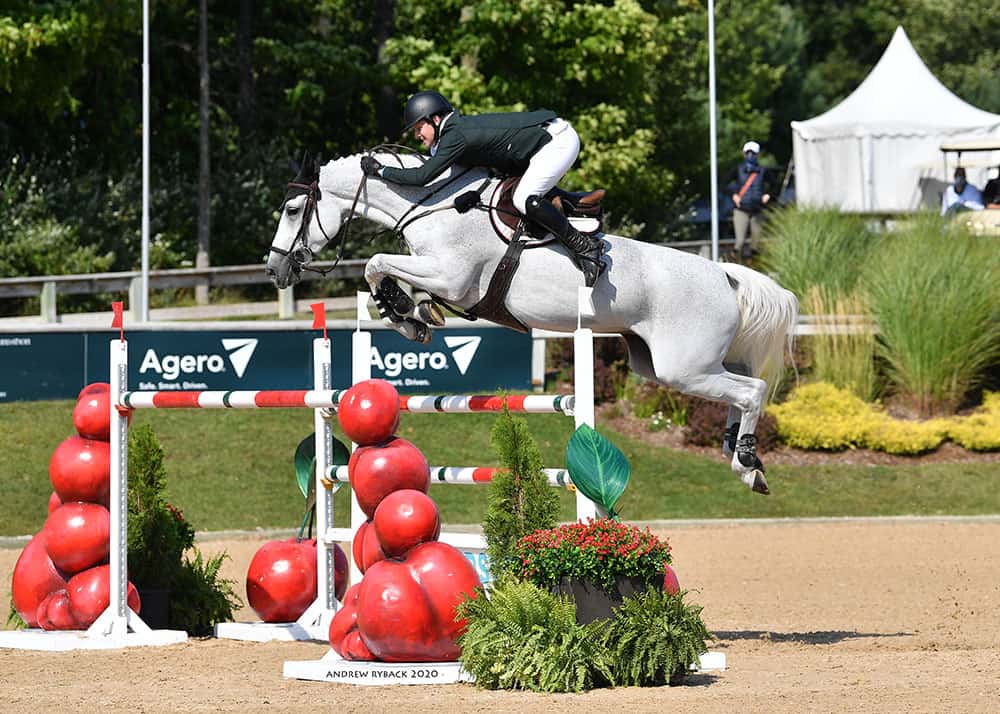 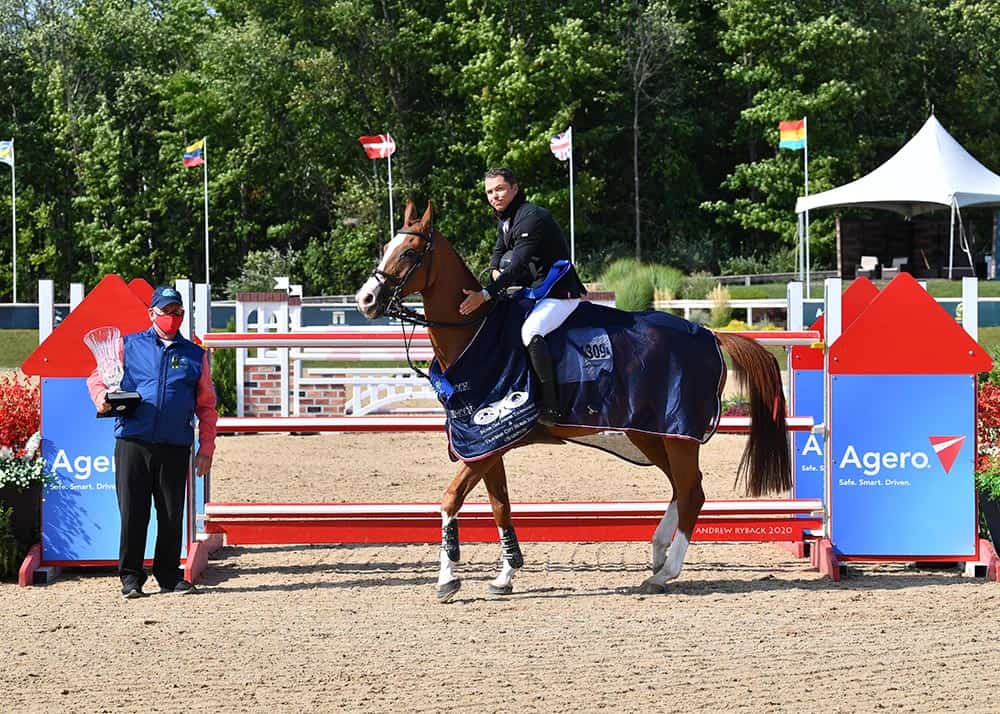 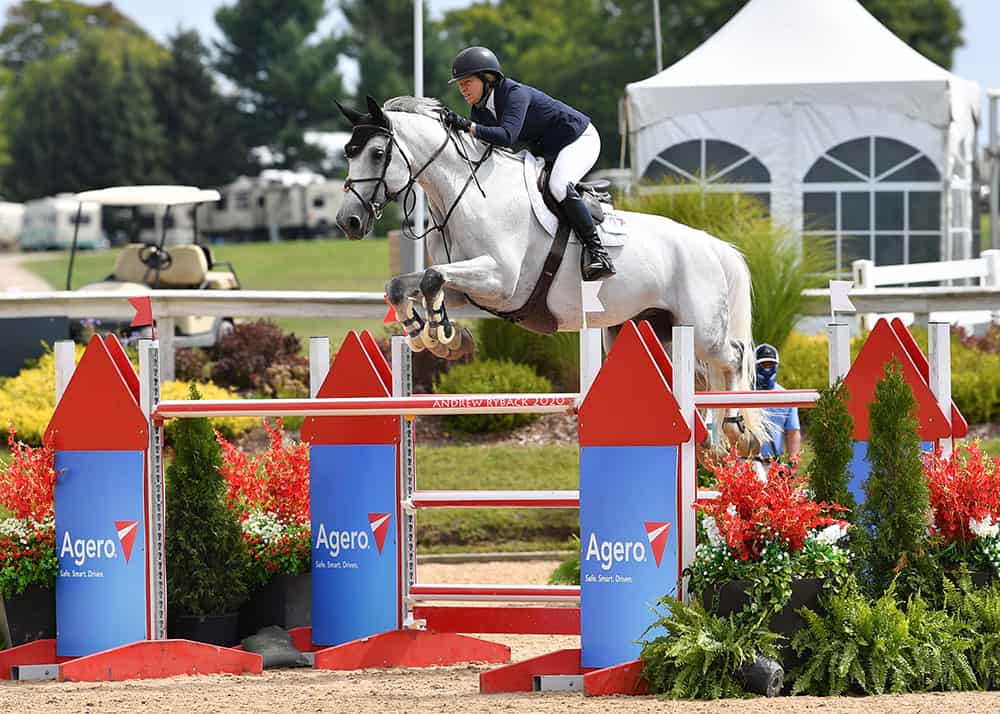