Sponsor of the Young Jumper Championships

In August of 2015, the Silver Oak Jumper Tournament hosted The Young Jumper Championship program (YJC) with divisions offering three classes for the country’s best young jumpers in the 6,7 and 8-year-old age groups.  It was by all accounts a stunning success.  The 2016 edition of the tournament to be contested on August 17th through the 21st will again host this vital program so important to the development of our young jumpers in the United States.

All of this is made possible through the generosity of World Equestrian Center, the nation’s largest climate-controlled, indoor equestrian facility. Consistent with the founding principles, love of the sport of show jumping and true to the mission statement as “the rider’s horse show”, we have found a kindred spirit in the World Equestrian Center.\

The Wilmington, Ohio facility has received accolades this Winter for the indoor show series at their new horse show facility. The site features more than 100,000 sq. ft. of climate-controlled riding space, premiere footing, heated barns and wash racks, restaurants, new on site cabins and an Aveda spa.  As impressive as all of this is, show founder and Chairman Jeff Papows has said, “the most meaningful thing to me is the desire to promote all the fantastic and unique aspects of our sport, which makes the partnership with World Equestrian Center, so meaningful to me.” This year’s program, as was the case last year, will allow our talented athletes to acquire important championship points advancing them to the National Finals.  Our thanks to the World Equestrian Center for making it all possible! www.robertsarena.com

“Young horses are the future of our sport and as such they need venues where they can have the opportunity for visibility and education if we are to raise them to be top international jumpers.   The Silver Oak Jumper Tournament does this in a wonderful way as they allow them to jump on their main grass field with well-designed courses that allow them to be tested in a positive, confident manner,” said Taylor Flury of Aliboo Farm.  AliBoo Farm is both a breeder and developer of young horses.  ”Last year we were thrilled with our first year at  the SOJT and are looking forward to going back because of the exhibitor and horse friendly atmosphere that allows us to continue developing quality youngsters.” 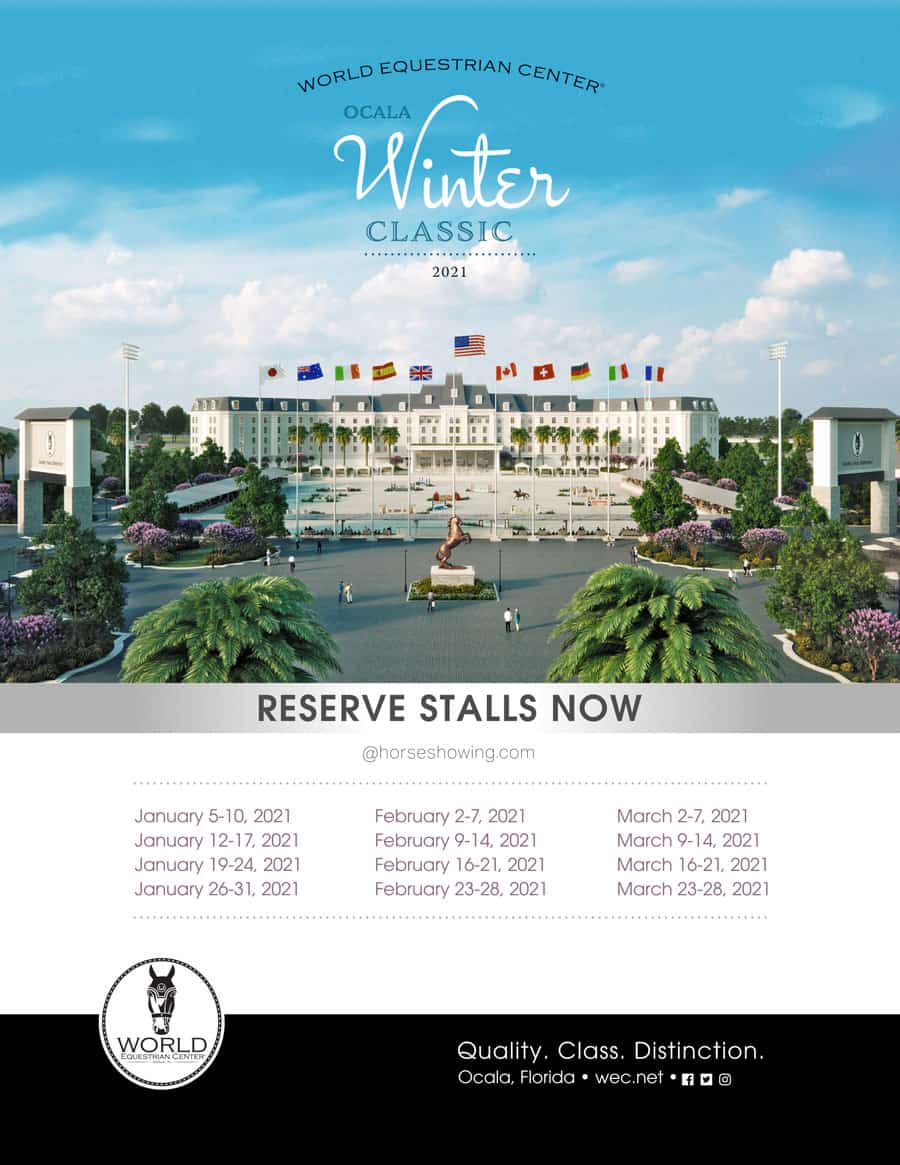